“The Bible was not given for our information but for our transformation.” 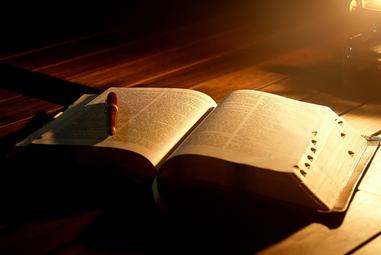 Many of us have read the Bible cover to cover without paying attention to some amazing details and facts within the Bible. Here is a list of 32 of them.

“Now when Jesus was born in Bethlehem of Judea in the days of Herod the king, behold, there came wise men from the east to Jerusalem.” (Matthew 2:1)

4. The entire Bible divided into chapters and verses first appeared in the Geneva Bible of 1560.

5. The first translation of the English Bible was initiated by John Wycliffe and completed by John Purvey in 1388. The Bible has since been translated in part or in whole into over 1200 languages and dialects.

6. Gabriel, Michael, Abaddon, and Lucifer are the only four angels mentioned by name in the Bible.

7. The Four Horsemen of the Apocalypse, named in John’s Book of Revelation, are Conquest, Slaughter, Famine, and Death.

8. Sheep are the most frequently mentioned animal in the Bible. Dogs and other animals are also mentioned but not cats (Sorry cat lovers).

9. The very first three words in the Bible are “in the beginning.” The last word is “Amen”. Amen means “so be it”.

10. The Bible has sold more copies than any other book in history. It is also the most shoplifted book in the world (what happened to “you shall not steal?”).

11. Moses wrote the first five books of the Bible, referred to as the Pentateuch.

12. The Bible was written in three languages: Hebrew, Aramaic, and Koine Greek.

13. The entire New Testament was canonized in the year 375 A.D. “Canon” is derived from the Greek word “kanon,” signifying a measuring rod. Thus, to have the Bible “canonized” meant that it had been measured by the standard or test of divine inspiration and authority. It became the collection of books or writings accepted by the apostles and leadership of the early Christian church as a basis for Christian belief.

16. Two men never died on earth but directly went directly to Heaven. The first was Enoch, who walked with God and was no more (Genesis 5:22-24). The second was Elijah, who was caught up by a whirlwind into heaven (II Kings 2:11).

17. The book of Genesis never says that Adam and Eve ate an apple, only that they ate fruit. The only place an apple tree is mentioned in the Bible is (Song of Songs 2:3).

18. There were 4 creatures sent as part of the 10 plagues against Egypt: frogs, lice, flies, and locusts.

19. Every quote Jesus used against Satan was from the book of Deuteronomy.

21. The followers of Jesus were called Christians for the 1st time at Antioch (Acts 11:26).

22. Jesus performed 37 recorded miracles in his time on earth.

24. The Bible says that people were always “going up” to Jerusalem because Jerusalem sits upon a hill, and no matter what direction you approach from, you will always be going up to it.

28. Christ is not a name, but rather a title. When the Old Testament refers to the Messiah (in Hebrew), it is referring to the same “Christ” (in Greek) mentioned in the New Testament. Both Messiah and Christ mean “anointed one.”

29. The oldest near-complete manuscript of the Bible is the Codex Vaticanus, which dates from around 325-350 A.D. Written on 759 leaves of vellum, it contains both the Old and New Testaments, and is currently housed in the Vatican Library.

30. Almost all American presidents who have been sworn into office had their hands on the King James Bible.

32. The book of Job is believed to be the oldest book.