“It is easy to understand God as long as you don’t try to explain Him.” 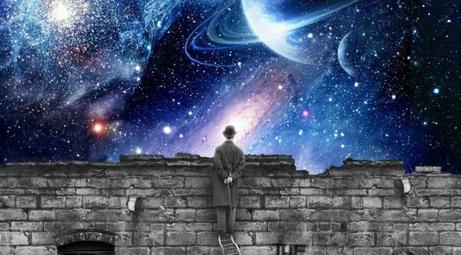 Have you ever looked up to the sky and wondered how vast this universe is?

Have you ever stared at one of those shiny, bright objects high above, and marveled at their glory and beauty?

Out of billions and billions of planetoids, earth is the ONLY planet that sustains life. Have you ever questioned why?

The entire universe and the celestial bodies are spectacular and mind-blowing in the way they exist, function, and move as if an intelligent mind purposely ordained, arranged, and sketched them for a reason.

Life on earth is unique and puzzling. Earth is often referred to as a Goldilocks planet. This has traditionally been connected to Earth’s proximity to the sun allowing liquid water to exist on its surface. Life cannot exist everywhere; the universe is inherently hostile to life, except on planets fulfilling certain requirements. There are a few key factors needed for life to exist. In order for species to survive and emerge as intelligent, cognitive beings, such as humans-numerous Goldilocks factors needed to occur.

In our solar system comprising the sun and the other eight planets, earth is located in a perfect place to make life possible. If we were closer to the sun than we are now, it would be too hot and everything would melt or burn.  If we were further away from the sun, it would be too cold and everything would freeze. Oxygen makes up 21% of the atmosphere; were it 25%, fires would erupt everywhere; were it 15%, all forms of life would suffocate.

The axis of the earth is set so carefully that, if it were altered slightly, surface temperatures would be far too great for life to be possible.

If water vapor levels in the atmosphere were greater than they are now, the planet would heat up dramatically and life would die out. If they were lower, an insufficient greenhouse effect would make the earth too cold to sustain life.

Before I answer this question, let me take you on a voyage through space and show you how unimaginable and untenable the universe is when it comes to its mystery and size.

I’ll start with Jupiter, the largest planet in the solar system.

It is 1300 times bigger than earth (the radius of earth is 3959 miles). Due to its tremendous mass, Jupiter acts as a cosmic vacuum because its gravitational shield deflects incoming space junk, mainly comets, away from the inner solar system way before they can get close to earth. Jupiter’s diameter is 11.2 times larger than earth’s and 2.5 times more massive than all the rest of the planets in our solar system combined.

If you think Jupiter is humongous, think again!

The sun is the star at the center of our solar system that makes life possible on earth. Without the sun, there would be no life on earth. The sun is 109 times wider than earth and burns at 10,000 degrees Fahrenheit. Imagine how fast you could roast your chicken breast on the sun!

At 93 million miles away from the earth, it takes light (which can travel around planet earth 7 times in one second) 8 minutes to reach us traveling 186,000 miles/second (the speed of light). Driving your car at the speed of 60 mph, it would take you over 176 years to reach the sun.

That’s not all; the sun is so gigantic that you could comfortably squeeze one million three hundred thousand earths or one thousand Jupiters into it.

It’s hard to believe that the sun is only an average size star. Take the giant star Arcturus, for example. It is the brightest star in the constellation Bootes. It is 26 times larger than our sun and radiates 215 times more heat. An interesting story related to this star comes to mind.

In 1993, the organizers for the Chicago World’s Fair were searching for a memorable way to open their exhibit. Since Arcturus was believed to be about 40 light-years away from Earth at the time, the organizers hit upon the idea of using the starlight as a part of the exhibition. They advertised the stunt as a way of commemorating the last world fair in the city, which took place in 1893 — around the time the light of Arcturus would have started the journey to Earth. At 9:15 p.m. Central Time on May 27, 1933, telescopes focused the star’s light on several photoelectric cells. The current was used to flip a switch that turned on the floodlights at the expedition grounds.

As it turned out, later measurements refined the distance to Arcturus as 37 light-years away from Earth. So the light that was used at Chicago’s World Fair actually began its journey to Earth in 1896. [i]

Compared to the massive star Antares, Arcturus is a dwarf star. In fact, Antares is so unbelievably huge that if it was placed in the center of our solar system, it would reach beyond the orbit of Mars!!! You could fit 512 million suns like ours in it! Although its surface temperature is only 5,400 Fahrenheit (around half as hot as the sun), it is 10,000 times brighter. Think about the sunglasses you would need to wear or the lotion you would need to use on your body for protection!

Now, if you think Antares is colossal, look up VY- Canis Majoris, a red hypergiant star that’s 500,000 more luminous than our sun! It is so unimaginably enormous that it could gulp 9.3 billion suns instantly!!!

Oh, it gets better!

UY Scuti, a bright red supergiant, pulsating variable star, the largest known star to mankind, is so unbelievably monstrous that you could fill it with either 489 trillion earths or 5 billion suns. It is 9,500 light years away from us, which means that traveling at 186,000 m/s, it takes light 9,500 years to reach it. How fast do you think your Toyota Prius can get there?

The Milky Way is a massive spiral galaxy that’s 100,000 light years across. Let me remind you again, it takes light traveling at 186,000 m/s 100, 000 years to reach the other side of the galaxy, and you complain that it takes you 45 minutes to get to work on the other side of town?

What if your date lived on the other side of Hercules and you wanted to go pick her up? Even if you drove at the speed of light, it would still take you over 1,300 years to get to her.…can you imagine? What would she look like by the time you got there?

What’s even more mind-boggling is the largest galaxy known to mankind, IC 1101. It’s an elephantine, voluminous galaxy that makes the Milky Way and Hercules look like microscopic dots in space. IC 1101 contains at least 100 trillion stars and is 1 billion light years away from earth. It is 50 times the size of the entire Milky Way galaxy and 2,000 times as massive. If it were in place of our galaxy, it would swallow up the Large Magellanic Cloud, Small Magellanic Cloud, Andromeda Galaxy, and Triangulum Galaxy!!!

Next time you meet someone with a big ego, call him/her IC1101.

Now that you are surely awe-struck and amazed by what you just read about the size of the universe, I will go back to the question I posited earlier. Why does it seem as though the universe is fine-tuned by an intelligent designer? How did these factors come together precisely and perfectly to make life possible on planet earth, and on planet earth alone?

Today, through recent scientific measurable, testable observations and discoveries, we know that the factors which made life possible on earth, and only on earth, were so precisely designed that if they were altered by even a hair’s breath, the delicate balance would be upset and life would not exist.

Skeptics and atheists, however, believe that random chance was the cause of the universe. They claim that the factors which came together to make life possible on earth alone appear to be designed, but in reality, are actually not designed at all, but the product of luck. Do they not realize how absurd their claim is?

Astrophysicist Hugh Ross has calculated that the odds of all 122 anthropic constants and factors being in place for any planet in the universe by luck alone is one in one quinquadragintillion. That’s ten with 138 zeros after it. This number becomes even more incredible when one realizes that there are only 10^70 atoms in the universe.

Skeptics also fail to realize that mathematically, anything which exceeds 10^50 is the exact same thing as zero chance!

Former atheist philosopher Anthony Flew once famously said: “the origins of the laws of nature, life, and the universe point clearly to an intelligent source. The burden of proof is on those who argue the contrary.”

How do skeptics like Dawkins and others argue against an intelligent first cause? “Aliens” they claim. In 2008 during an interview with Ben Stein, Richard Dawkins said that he believed aliens were the reason life started on earth.

It is interesting that Dawkins believes in an intelligent cause (aliens), as long as it is not divine!

On a side note, do you know what bewilders me more than the vast universe’s enigmatic, mysterious intricacy?

Think about this for a second- if the universe is infinitely big, how much bigger must its cause be?

I could go on for hours describing the glory and the majesty of the universe. The heavens are undeniably spectacular and awe-inspiring!

The heavens are awesome. The Bible tells us to “look to the heavens” if we want to have an idea as to who God is. The universe is not the result of random chance and luck because luck and chance cannot produce love. This cosmos is the handy work of a first cause who is bigger than the universe itself; a first cause who “so loved the world that He gave His one and only begotten Son, that whoever believes in Him shall not perish but have eternal life.”

The first cause I speak of is Apeiron, who with his infinite attributes, chose to create the universe and then create you and me in His image!

Do you ever wonder why you, and you alone, not animals and not nature, even have the ability to look at the sky and wonder?