“All men are equal: it is not birth, but virtue alone, that makes the difference.”
Voltaire 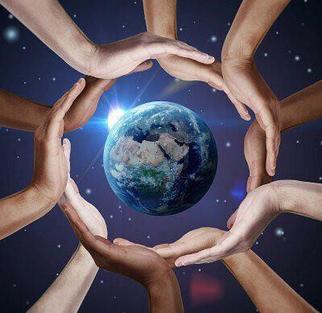 Are All Men Created Equal?

About six months ago, while I was speaking in D.C. on the topic of Christianity & tolerance, I was suddenly interrupted by an African- American gentleman who raised his fist up in the air and yelled: “BLACK LIVES MATTER!” and then quietly sat down.

Some in the audience loudly cheered and clapped in support of the man, but many didn’t.

I pretended that I didn’t hear his comment and continued speaking.  About ten minutes later, the same gentleman sprung to his feet again and repeated: “BLACK LIVES MATTER!”

At this point, I realized that the guy was not there to listen and learn, but to make a personal, political point, which I wasn’t going to allow. Since others in the room were getting agitated by his action, I decided to engage him to defuse the situation.

“What seems to be the problem, sir?” I asked.

“No problem here, just making a point,” he courageously answered.

“You made the same point twice even though I heard you clearly the first time” I reminded him.

“Well then tell me, you are a Christian who believes in God, do you believe that black lives matter?” he boldly dared.

Since I knew exactly where he was going with this, I smiled and calmly responded: “I’m not here to talk about politics; I’m not a politician. Politics is for the snakes in D.C. a few blocks away from here.  I’m an apologist; my job is to talk to you about God and Jesus, and to provide you with evidence that the Christian faith is true.”

“ANSWER THE QUESTION: do you believe that black lives matter?” he demanded. A few in the back row agreed with him and demanded that I answer the question.

I took a drink of water, put my power point clicker on the podium, stared at him for a few seconds while the entire room was waiting for an answer, slowly walked toward the microphone, and asked: “I have a question for you: My friend Danny, who is present here today with his family, is an African-American man married to a white woman. They have a sweet, smart, ten- year old son named Alex. Whose life do you suggest I tell little Alex matters more, the life of the black father, or the life of the white mother?”

The entire room gasped as the man struggled terribly to find an answer that made sense.

A few seconds later, I approached him, raised the microphone to my lips and loudly demanded: “WHICH PARENT’S LIFE DO YOU WANT ME TO TELL ALEX MATTERS MORE, THE BLACK PARENT’S LIFE OR THE WHITE PARENT’S LIFE?”

I looked at those in the back row, who earlier cheered for him, and demanded the same answer from them, but no one dared to say a word.

The man froze and did not say a single word. He thought for a moment, looked at me, and nervously muttered: “This is a tough one man, I’ve never thought of it this way before.”

This gentleman failed to decide which parent’s life was more sacred because he realized that he was in a dilemma.  Picking one parent as superior over the other because of skin color is outrageously racist, and he knew it.

The question, remains, however, are all men created equal?

Of course, they are! All humans, regardless of ethnicity, skin color, background, or views, are created equal because all humans are created in the image of God.

In Genesis 1:27 we read that “God created mankind in His own image, in the image of God He created them male and female.”

Being created in the image of God does not mean we resemble God in our physical bodies, since God is a spirit, and is not made of material. Rather-it means that we have some similar attributes to God.

We humans can communicate, morally recognize right from wrong, program complicated software, build amazing skyscrapers, travel to space, write symphonies, and paint fascinating portraits while other creatures on earth can’t (although some animals can build simple things, they are always made or built at a lower intelligent level).

Sadly, we also have the privilege of total freedom to use our God-given gift of creativity to harm one another by building mass weapons of destruction and missiles. But again, without this freedom, we would be nothing but moist robots that are programmed to do only good acts. To be 100% human is to be 100% free in making choices.

Mankind is uniquely made in the image of God as part of His original “very good” created order.

God looks down on all humans equally, without prejudice with love, and mercy; it is we who refuse to love Him or each other. It is us humans that hate one another because of many different factors like skin color, country of origin, or views.

Take Jesus, for example, at Jacob’s well. He talked to the Samaritan woman and turned her into a female evangelist at a time when Jews and Samaritans did not interact with each other. The hatred between Jews and Samaritans was fierce and long-standing, but Jesus, being a Jew, didn’t care where the woman, a Samaritan, came from or what village or tribe she belonged to. In His eyes, she was a human being created in His image, so he loved and cared for her and her soul, which He evidently touched.

Notice that every time Jesus healed the sick, He never once asked them if they were Jews, Greeks, or anything else. He never once favored one group of people over another. He never once discriminated based on someone’s skin color (yet we in the modern educated world still do). He never once rejected anyone because of their ethnicity, background, or views. He even healed Malchus, one of the Roman soldiers who came to arrest Him after Peter cut off his ear.

Why can’t we humans on earth learn from Jesus? Why can’t we even try? The more educated we become the more hatred we have for one another. Can you name a single country, a single region, a single town, or a single village where humans have no hatred for each other?

Next time someone tells you that a certain group’s life matters more than another, remind them that all humans are created equal, and that there are no different races, just one human race with different skin colors.

“For God so loved the world, that he gave his only begotten Son, that whoever believes in him should not perish but have everlasting life.”