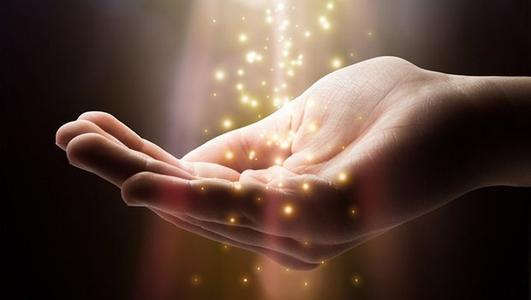 One cannot believe in miracles without believing that a miracle-worker must first exist.  Behind the important question of whether or not miracles are possible, lies the even bigger question, “does God exist?”

A miracle is a special or extraordinary event or act that surpasses all known human powers and is not explicable by natural or scientific laws.

The Greek New Testament uses two different words that can be translated as miracle in English. One is ‘dunamis’, meaning a work of power, and the other is ‘saymeion’, meaning a sign. Miracles described within Scripture are therefore conveying events that are beyond the capabilities of man and beyond the regular workings of the universe.

The Argument From Miracles:

The argument is valid, so the only question is whether the premises are true, so let’s see if premise (1) is true.

1. If God exists, then miracles are possible.

If miracles are special or extraordinary events or acts surpassing all known human powers and are not explicable by natural or scientific laws as we have discussed earlier, then it is very possible that a powerful supernatural being, such as God, can perform them.  Miracles are not possible inside the natural realm, therefore, if a miracle occurs, then it must have been accomplished by someone outside the natural realm who is all-powerful and all-knowing. This person must be outside of our limited time-space continuum and is not held to the rules of nature that He would be able to control. [1]

Miracles are not just possible, they are actual. The very first verse in the Bible is a miracle. “In the beginning God created the heavens and the earth” (Genesis 1:1). The first miracle is that the universe was created from nothing. There it is. Not only does this creation event confirm Genesis 1, it also suggests that something outside the universe had to cause this creation event.  Physicist P.C.W. Davies explains, “If we extrapolate this prediction [Lemaitre’s math] to its extreme, we reach a point when all distances in the universe have shrunk to zero [nothing]. An initial cosmological singularity, therefore, forms a past temporal extremity to the universe. We cannot continue physical reasoning [before the big bang is beyond our human reason], or even the concept of space-time. For this reason, most cosmologists think of the initial singularity as the beginning of the universe. On this view the big bang represents the creation event; the creation not only of all matter and energy in the universe but also space-time itself.” (The Study of Time III “Spacetime Singularities in Cosmology,” p. 78-79) [2]

Eric Metaxas says: “The greatest evidence for the existence of miracles is the fact that we exist.  The universe as we know it requires such a careful calibration of variables as to render its mere existence—never mind the presence of intelligent life—a miracle in itself.” The British astronomer and atheist, Fred Hoyle, who coined the phrase “the Big Bang,” summed up the sheer improbability of existence by saying that “the universe looks like a put-up job.” [3]

Miracles are used throughout the Bible as evidence that God exists. Miracles do exist based on evidence from human experience, historical reporting, and lack of alternative explanations in the natural sciences.               They serve to prove that God was at work through a person or an event.  History demonstrates that there have been many miracles that no humans could perform or explain.  These miracles happened, that’s why it’s possible that God exists.  If God exists, then it is reasonable to assume that miracles are possible.

You can go anywhere in the world and ask people the question: “have you ever experienced a miracle?” Most people, especially people with more years put in on this earth, will tell you that they have experienced some type of miracle in their lives. Most evident will be the amazing stories of miracles coming out of places with less access to God’s Word (Muslim countries and places with little contact with the outside world). [4]

As we have discussed before (see “Does God exist?”), the bottom line is this: since there was an absolute beginning to space, time, and matter, it’s reasonable to conclude that the cause of the universe must be spaceless, timeless and immaterial. This cause must also be personal in order to choose to create, intelligent in order to create such a fine-tuned universe, and powerful to create out of nothing.  A spaceless, timeless, immaterial, personal, intelligent, and powerful Being is exactly what we call “God.”

Because we know that God exists, we can assume that a God with supernatural attributes can easily overcome the natural laws.  If God can enter the natural world and overpowers the natural laws [5] then it would be easy for Him to part the sea, raise the dead, multiply fish, and turn water into wine.

In the foreword to The God Conversation, Lee Strobel notes how J.P. Moreland responded to this challenge with a simple defense (p.7):

“The laws of nature are the way we describe how the world usually works. If someone drops an apple, it falls to the floor. That’s gravity.  However, if someone were to drop an apple and I were to reach over and grab it before it hit the ground, I wouldn’t be overturning the law of gravity. I would simply be intervening. In a similar way, God is able to reach into the world that he created by performing a miracle. He isn’t contravening or overturning the laws of nature. He’s simply intervening.”

This is why atheists are unable to account for anything that deviates from the ordinary. Excluding a God who is beyond the physical realm and has created it along with the natural laws, leaves them with no valid explanation.

For a Christian, a miracle is not only possible, but also a testament to the sovereignty of God. He who controls all things can tweak the laws of nature without altering the order of the universe to bring forth miracles. Notably, the disciples had to allow Jesus to come into the boat, for the boat to re-materialize on the other shore. Proximity to God becomes the basis for all miracles and a deepening connection to God puts a Christian in the realm of an experience of daily miracles.  Denying the probability and the experience of miracles robs you of the richness that life can bring.

Because the premises of this valid argument are true, then we can logically conclude that the conclusion “miracles are possible” is also true.

The strongest philosophical argumentation against miracles came from the famous Scottish philosopher David Hume, a deist. He believed that after God created the universe, He no longer involved Himself with His creation. Hume reasoned that miracles if they occur, are very rare events. On the other hand, the laws of nature describe repeatable, everyday occurrences. Hume argued that the wise man will always base his beliefs on the highest degree of probability. Since the laws of nature have a high degree of probability, while a miracle is improbable, Hume considered the evidence against miracles always greater than the evidence for miracles. Therefore, according to Hume, the wise man will always reject the proposed miracle. [6]

We can respond to Hume’s reasoning in the following manner.  Just because usual events (the laws of nature) occur more often does not mean that the wise man will never believe that an unusual event (a miracle) has occurred. The wise man should not a priori rule out the possibility of miracles. The wise man will examine the evidence for or against a miracle claim, and base his judgment on the evidence. Since there were over 500 witnesses who claimed to have seen Jesus risen from the dead (1 Corinthians 15:3-8), a wise man would not reject the miracle of the resurrection merely because all other men have remained dead. It seems that a wise man would examine a miracle claim if there are reliable eyewitnesses. If there is no good reason to reject the testimony of reliable eyewitnesses, it seems that a wise man would accept their testimony that a miracle has occurred.

In my opinion, the reason atheists and skeptics refuse to believe in miracles is that they cannot logically relate to them.   Imagine if you try to explain to a blind person the beauty of sunsets, sunrises, and waterfalls. The blind person will have no idea how to even think about these things, mainly because ‘beauty’ means nothing to him.  In his mind, beauty is not a fact, but an impossibility; even if he is surrounded by beauty, he will still not be able to understand it.

Similarly, the atheist hears the word ‘miracle’, but can not understand it because he can not relate to it. To him, everything in the universe is a product of chance and probability.  Therefore, any extraordinary act or event is just one more lucky thing.

Those who deny miracles, simply need to look at a flower or maybe observe a sunrise or sunset. The entire universe and it’s fine-tuning is miraculous.  They just refuse to see it !