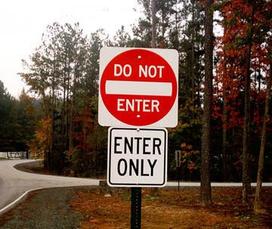 Are There Contradictions in the Bible?

​
“The Bible is full of contradictions and errors. It cannot be trusted. It is just another book written by man.”

These are the words my friend, Kelly, once expressed when I asked her if she believed whether the Bible is accurate and reliable. For people like Kelly, the belief that the Bible contains contradictions is an excuse for not believing. They claim that the Bible is fictitious and full of contradictions, even though they know that their claims are  based on personal beliefs, not facts.

It is hysterical that when skeptics are asked to provide one simple example in support of their position, their memory suddenly fails them and they no longer remember any details. In a timid voice, they will tell you that they have read it somewhere or someone once told them that the Bible is full of contradictions, but they themselves cannot tell you for sure. They will even promise to get back to you with plenty of evidence later, but never do.

The question remains, however, does the Bible contain contradictions?  To answer this question, we must first understand what a contradiction is.

What is a Contradiction?

For example, when you say “I am here” and in the next sentence you say “I am not here” you contradict yourself. Obviously, if one statement is true, the other statement must logically be false. The law of non-contradiction is very necessary because it helps us identify contradictions. If anyone can demonstrate a violation of this principle in the Bible, then, and only then, can that person prove a contradiction.

It is imperative that we understand that just because something is different or incomplete doesn’t mean it is contradictory. Let me explain:

I remember one Sunday evening when I was in a crowded hall, as I was answering questions on this very topic, an Asian man sprung to his feet and claimed that “the Bible is full of contradictions.”  As expected, he failed to back his claim when I asked for a single example. Later in the day, when I went home, I told my friend that I spoke to an Asian man. Then, shortly afterwards, I told my coworker that I spoke to many people.

Now, is there a contradiction in what I said? Did I violate the law of non-contradiction? The answer is a resounding NO because all I did was give DIFFERENT and INCOMPLETE but not contradictory information, to my friend and the coworker.

Now that you understand what a contradiction is/is not, let’s apply this to the Bible and examine some passages and see if we can clarify some “alleged” contradictions.

Many skeptics point to the Gospel of Mark and the story of the angel at the tomb as an example of a clear contradiction in the Bible. In Mark 16:5 we are told that Jesus’ followers had a personal encounter with an angel when they rushed to the tomb. “As they entered the tomb, they saw a young man dressed in a white robe sitting on the right side, and they were alarmed.”

Luke the physician, however, states it differently. In Luke 24:4 we read that “While they were wondering about this, suddenly two men in clothes that gleamed like lightning stood beside them.”

Is there a contradiction here? It is true that Mark mentions a young man dressed in a white robe, but Luke mentions two angels.  Is Mark contradicting Luke? Of course not !  Mark never said there was ONLY one angel. The young man in the white robe could have easily been one of the angels that Luke referenced. Mark and Luke both mention angels being present at the tomb. Whether one angel or two, the fact of the matter is that they both tell the story from their own perspective with incomplete and different information, just like I did when I talked to my friend and to my coworker about the Asian man and about the large crowd. There is no discrepancy at all.  If there were two angels at the tomb, then logically, there was at least one. One of them was on the right.

But wait a second; doesn’t Mark contradict Luke when he says that the angel was sitting, but Luke says that the angels stood beside them? At first glance, this seems like a serious contradiction, but it is not. A third gospel writer, Matthew, clarifies the difficulty when he reports that an angel came down and rolled away the stone and sat on it: “There was a violent earthquake, for an angel of the Lord came down from heaven and, going to the tomb, rolled back the stone and sat on it.” (Matthew 28:2).

As we can see, there is no discrepancy here at all.  Mark, Luke and Matthew tell the same story with incomplete and separate information. If there were two angels at the tomb, then logically there was at least one.

Jesus and the Cross:

In John 19:17, we read that Jesus went to the place called Golgotha carrying His own cross. “And He, bearing His cross went out to a place called the Place of a Skull, which is called in Hebrew, Golgotha.”

In Matthew 27:31-32 we are told that Simon the Cyrene carried Jesus’ cross. “And after that they had mocked him, they took the robe off from Him, and put his own robe on him, and led him away to crucify Him.  And as they came out, they found a man of Cyrene, Simon by name: him they compelled to carry His cross.”

There seems to be a clear contradiction between the accounts of John and Matthew. Who carried the cross Jesus or Simon? Obviously, both accounts cannot be simultaneously true.

There is an apparent discrepancy in this story because we have ‘missing or incomplete’ information. What information is missing? Mark gives us the additional information and clarifies the difficulty between John and Matthew when he writes that Jesus started out carrying the cross Himself, but then Simon took over at some point when Jesus was too tired and weak: “Then they compelled a certain man, Simon a Cyrenian, the father of Alexander and Rufus, as he was coming out of the country and passing by, to bear His cross.”

The contradiction easily vanishes when we carefully analyze the passage above and study all the information provided by the gospel writers. We can conclude that as Simon the Cyrene was coming out of the country passing by Jesus, the Roman guards forced him to help Jesus carry the cross since Jesus likely collapsed under the weight of the cross. Remember, Jesus was flogged, beaten, and bled almost to death prior to His crucifixion. Jesus was most likely too weak or too slow to carry His own cross all the way to Calvary. That’s when Simon was forced to help Him.  Jesus carried the cross initially at the Praetorium, then Simon helped Him.

The Bible is God’s Word. It contains no contradictions or mistakes. If someone tells you that the Bible is full of contradictions, ask them to show you one simple example. If they say it has been changed, ask them which verses and which books? Don’t let them off the hook easily. Demand examples, but with respect and meekness.

It is remarkable that skeptics reject the Bible by focusing on alleged contradictions that they themselves cannot prove or authenticate.  It is also heartbreaking that so many skeptics believe that they have disproven the Bible when in reality; they have merely disregarded or misinterpreted the context of the passage and dealt with incomplete sets of information.

Here’s my challenge to atheists and skeptics: instead of spending many long hours doing research to discredit God and the Bible, why don’t you spend a fraction of that time reading the Bible? Don’t listen to what others say or write about the Bible. Read it for yourself; see if you will find any discrepancies or contradictions; see where the evidence leads you. Seek the truth and don’t be afraid of it. “You will find truth when you genuinely seek it…and then you will be set free.”

Winston Churchill once famously said, “Men occasionally stumble over the truth, but most of them pick themselves up and hurry off as if nothing ever happened.”

Which of these men are you? 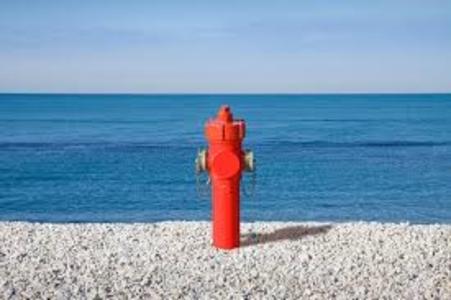 “Men are born ignorant, not stupid. They are made stupid by education”
Bertrand Russel