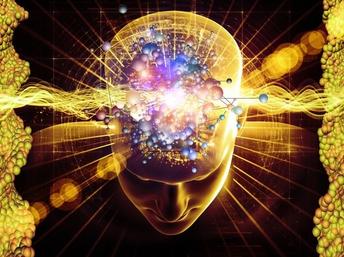 Logic is the cornerstone of critical thinking. It is very crucial and vital for uncovering error and establishing truth. Christians must know how to defend the faith by using logic and reasoning to arrive to accurate and reasonable conclusions.

The three laws of Logic are:

1. The Law of Identity

2. The Law of Non-Contradiction

3. The Law of Excluded Middle

1.The law of identity: States that P is P. For example, a cat is a cat.  In other words, something is what it is. If something exists, it has a nature, an essence. A book has a front and back cover with pages. A car has four wheels, seats, doors, windows, etc. A tree has branches, leaves, a trunk, and roots.  This also means that anything that exists has characteristics.  We recognize what something is by observing its characteristic.  You know that a tree is a tree because you see its branches, its leaves, its trunk, etc.

Furthermore, if something has an identity, it has a single identity. It does not have more than one identity.  In other words, if something exists it has a set of attributes that are consistent with its own existence.  It does not have a set of attributes that are inconsistent with it.  Therefore we can easily conclude that a fox is not a flower. A table is not a shark; a bus is not a bee.

I remember once discussing logic and reasoning with an attorney at my workplace who kept denying the law of non-contradiction. When I asked him “which of the laws of logic are you using to disagree with me?”, the look on his face and his ” I am?” answer he gave me was enough to make him realize how wrong he was in assuming that he could freely use one of the laws of logic to deny the same law.  That’s parallel to saying “There is no air to breath,” yet at the same time the person that states that breaths air to say it.

[1] J.P Moreland says that “these fundamental laws are true principles governing reality and thought and are assumed by Scripture. Some claim they are arbitrary Western constructions, but this is false. The basic laws of logic govern all reality and thought and are known to be true for at least two reasons: (1) they are intuitively obvious and self-evident. Once one understands a basic law of logic (see below), one can see that it is true. (2) Those who deny them use these principles in their denial, demonstrating that those laws are unavoidable and that it is self-refuting to deny them.

The basic laws of logic are neither arbitrary inventions of God nor principles that exist completely outside God’s being. Obviously, the laws of logic are not like the laws of nature. God may violate the latter (say, suspend gravity), but He cannot violate the former. Those laws are rooted in God’s own nature. Indeed, some scholars think the passage “In the beginning was the Word [logos]” (John 1:1) is accurately translated, “In the beginning was Logic (a divine, rational mind).” For example, even God cannot exist and not exist at the same time, and even God cannot validly believe that red is a color and red is not a color. When people say that God need not behave “logically,” they are using the term in a loose sense to mean “the sensible thing from my point of view.” Often God does not act in ways that people understand or judge to be what they would do in the circumstances. But God never behaves illogically in the proper sense. He does not violate in His being or thought the fundamental laws of logic. “

What is a Logical Fallacy?

A logical fallacy is an error in reasoning that makes an argument invalid.  Clinical psychologist Rian McMullin expands this definition: “Logical fallacies are unsubstantiated assertions that are often delivered with a conviction that makes them sound as though they are proven facts.” ( The New Hanbook of Cognitive Therapy Techniques, 2000)

Ad hominem ( in latin means ‘against the man’):   An argument that attempts counter another’s claims by attacking the person rather than the argument itself.
Example:  ” Well you are a thief and a liar, so there goes your argument.”

Argument from authority:  Using an authority as evidence in your argument when the authority is not really an authority on the facts relevant to the argument.
Example:  According to person A, Y is true.  Therefore Y is true.

Begging the Question:  This is similar to circular reasoning.  To assume a conclusion in one’s question.
Example:  The bible is true because God said so.  God exists because the bible says so.

False Analogy:  is an argument based on misleading superficial comparisons.
Example:  People are like dogs, they respond best to clear discipline.

Genetic Fallacy:  A fallacy where a conclusion is based purely on someone’s history or origin.
Example:  The reason you are a Muslim is because you were born in Iran.

Straw Man Fallacy:  Is when a person attempts to counter a position by attacking a different position.
Example:  People who think abortion should be banned have no respect for women.  They treat them as nothing but baby-making machines.

Argument from Ignorance:  It states that an argument is true because we don’t know that it is not true.
Example:  No one has been able to prove the existence of God.  Therefore, God doesn’t exist.

Tu Quoque ( Latin meaning ‘ you also’ ) :  This is a retort accusing the accuser of a similar offence or similar behavior.
Example:  How can you ask me not to smoke when you did the same thing when you were young?

As Dr. Frank Turek describes it, “a self-defeating (or self-refuting) statement is one that fails to meet its own standard. In other words, it is a statement that cannot live up to its own criteria.”  If you learn how to spot those statements it will be very easy for you to dialogue with others especially skeptics and uncover their logical fallacies.  Imagine for example if I were to say, I cannot speak a word in English, or I am not reading this now. Or, other than my brother, I am the only son my parents have.  You can see how contradictory these statements are therefore they are self defeating.

How do you expose self-defeating statements?

Simple: you apply the claim to itself. This is what Geisler and Turek call the Road Runner Tactic and what Greg Koukl refers to as The Suicide Tactic.

Let’s look at some examples of self statements and see if you can identify why they are self defeating.

It’s true for you but not for me.
You should doubt everything.
Only science can give us truth.
Don’t judge.
All truth depends on your perspective.
That’s just your view.
It’s ignorant to claim to have the truth.
I enjoy your company the most when I’m by myself.
All simplifying assumptions are too complicated.
I absolutely refuse to be assertive.
I am not contradicting you.
Ignore this sign.
You may steal this from me.
Whether you mean it or not, be sincere.
Like everyone else, I am different.
I saw him do it when no one was looking.
Words cannot describe what I’m about to tell you.
No one goes there anymore. It’s too crowded.
I’m not going to respond to that.
Don’t bother me, I’m asleep right now.
I can’t think of anything to say.
I don’t believe anything.
I have freely chosen determinism.
Language cannot carry meaning.
History is unknowable.

[1] J.P Moreland, by ARC on January 6, 2015 in General Apologetics
[2] WordPress/science based life.  The Skeptics Guide to the Universe.
[3] Frank Turek / I Don’t Have Enough Faith To Be An Atheist