“Truth does not change according to our ability to stomach it.” 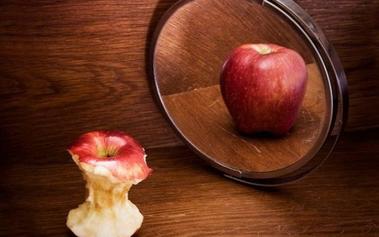 Last year, when I was in London, my Londoner atheist, friend, Michael was driving me around and showing me the beautiful city. At one point, we passed the junction of Poultry and Queen Victoria Street, when I suddenly noticed an odd looking, offbeat, gigantic building that looked like nothing I’ve seen before. Curious, I asked Michael about the building, to which he responded with laughter: “Oh, you mean No1 poultry?”

“No1 what?” I surprisingly questioned.

He chuckled and mocked: “It’s a postmodern building you Yankee.”

“What in the world is a postmodern building?” I inquired.

He turned the radio off and explained: “Because we live in a modern world, architects decided to design buildings in a modern way also. Postmodern buildings adapt diverse aesthetics which emphasize unique shapes. With postmodern buildings, anything goes; there is no room for specific designs or ideas. There are no right, good, or bad designs. All ideas and concepts are welcomed. These buildings are designed in such a way to showcase the characteristics of pluralism, relativism, and diversity. Postmodern architecture rejects the notion of pure or “perfect” form; it draws from: all methods, materials, forms, and colors available to architects. Basically, a kitchen can be a lounge, a lounge can be an office, and an office can be a waiting room. ”

“What? Are you serious? What kind of idiocracy is that?” I marveled.

I thought of what he said for a few seconds and then asked: “Michael, did the architect of No1 Poultry do the same thing with the structural foundations of the building as well?”

Michael looked at me strangely and rolled his eyes in disgust.

“Of course not” he fired back.​

I honestly didn’t want to bicker with Michael and show him how insane his answer was. After all, I was in London to have fun, not to have an argument with a British guy with a weird accent.

However, the issue of relativism in a postmodern world remains.

It baffles me that in this day and age there are millions and millions of people, including Christians, who believe in relativism and actually promote it. These people don’t believe in absolutes; “everything is relative,” they say.

In my speaking engagements, I meet people from all kinds of faiths and backgrounds. Almost all of them believe in relative truth and relativism. A Christian father of two once told me: “Everyone is right; no one has the right to tell others that they are wrong. Islam, Christianity, Buddhism and Hinduism are all valid assumptions.”

This is exactly why relativists amaze me. In one way they tell you that no one has the right to tell others who is right and who is wrong, but then forget that they themselves are doing exactly that. They exclude themselves from what they want others to do. Do they not see how contradictory they are?

Back to the Christian father who told me that “all belief systems are valid.” How do you think he would react if his son came home one night and told him that the teacher at school taught them that 2+2=9?

Do you think this Christian father would still hold on to the idea that everyone’s belief is valid? If so, would this father let the same son with this kind of knowledge manage the family’s checking account?

Relativism is a mind for madness. It is illogical, contradictory, and comical if you seek laughter.

The problem is that modern society in general, and America, in particular, is infected with this madness.   The vast majority of high school and college students are relativists (most of them don’t even know what this word means). Their professors are liberal, evolutionist, atheist, relativists who brainwash students and turn them into moist robots that look like humans, but act, think, and live differently. Have you looked at the American public school disaster lately? Have you talked to one of those brain-dead students? Do you think they can survive more than a day without their smartphones and social media?

Relativist judges and court systems no longer judge cases on the basis of the law on the books, or God’s moral law, but rather bring their personal, religious, and political views into consideration. Hence, the outcome of their decisions is disastrous, ungodly, and wicked (just look at some of the U.S. insane, idiotic liberal court decisions).

Many churches also embrace relativism because of their relativist liberal pastors.

I have personally spoken to pastors who actually teach that there are many ways to God. They promote the idea of “all is welcomed,” thinking that they are being tolerant and loving that way, when in reality they are doing it either because they are ignorant and know nothing about the Bible and the word of God, or to get more members to join their church in order to get more tithe money. Many times, however, this backfires because if all religions are equally valid, why should someone spend his or her Sunday morning there?

I remember once a moral relativist college student angrily scolded the God of the Old Testament for being too harsh.

“What’s wrong with God punishing people and being too harsh? Who are you to tell others how to behave? You are a relativist” I reminded the student.

“He can’t!” the young student shouted.

“Why can’t He? Morality is relative; it differs from one person to another, does it not?” I grilled.

Surprisingly, this gentleman quickly forgot that because he is a moral relativist, he cannot dictate what others should or should not do.

Today’s world faces three major threats. The first one is relativism, and the other two I will leave unnamed for now. When words lose meaning, meaning itself becomes useless. Think about this: what is the similarity between reality and its given name? The word cat in English is cat; in Greek it’s gata; in Russian it’s kot; in Armenian it’s gadou; in Icelandic it’s kottur. What is the similarity between the name and the actual cat?  Its reality never changes; the cat remains a cat even if the name changes. The same is true with absolutes. Relativists actually think that because they give words different names, reality will change. WRONG!!!

In my humble openion, relativism is no more than a tool by which man can make himself his own god.

Have you ever experienced your vehicle dead stopped at a red traffic light when, all of a sudden, you feel that your car is slowly moving away from the other cars around you? I’m sure it has happened to most of us. The confusion comes in that situation because you don’t know whether it is you moving or the cars around you moving. The moment you realize that either you or the others cars are moving, you look at an unmoving object like a tree, or a building, to determine who is moving. What do you do next? You immediately slam on your breaks…the unmoving object made it possible for you to see whether it was you moving or the other cars. Here is the question: what happens if the unmoving object also starts moving? How could you determine who is moving away? After all, everything is moving in relation to everything else, so it would be impossible to figure out when to slam on the breaks.

God alone is the source of all absolute truths that we should look up to, in order to determine how to live life. Without God’s absolutes, meaning is meaningless.

Next time someone tells you that they are relativists; ask them if they made that statement absolutely or relatively?

No1 poultry in London 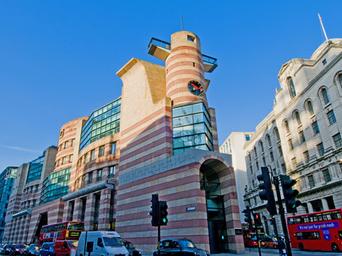