“There is for me powerful evidence that there is something going on behind it all. It seems as though somebody has fine-tuned nature’s numbers to make the Universe. The impression of design is overwhelming.” 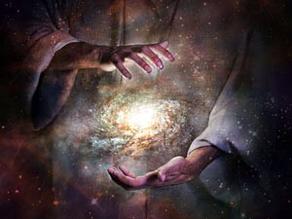 When Bumper 2, the first moon rocket took off from Cape Canaveral in 1950, two U.S. scientists stood watching it, side by side. One was a believer, the other an atheist. The believer said, “isn’t it wonderful that our rocket is going to hit the moon by chance?” The unbeliever objected, “what do you mean chance? We put millions of man-hours of design into that rocket.”  “oh,” said the believer, “you don’t think chance is a good explanation for the rocket? Then why do you think it’s a good explanation for the universe?” 1

That’s exactly right.  The answer the believer gave was absolutely brilliant.  There’s much more design in a universe than in a rocket. We can design a rocket, but we can’t design a whole universe.

We all know from our experiences in life that things that are designed must have designers.  A building, must have a builder, a painting must have a painter, and a program must have a programmer.  Buildings, paintings, and programs and all other designed things neither assemble nor design themselves.  To assume differently is preposterous.

G.K. Chesterton famously said: “Whenever you remove any fence, always pause long enough to ask yourself, “why was it put there in the first place?”  Skeptics and atheists are fascinating in their assumptions that chance and luck are valid explanations for the physical world.  How deluded are they?

I well recall an interesting incident during an open forum last December when I was presenting the design argument to a group of atheists.  A middle-aged gentleman opposed me fiercely by shouting: “There is no design! Nothing in the universe is designed…Everything got here by accident and chance.”  After noticing a police badge on his hip, I replied, “you are a policeman sir I assume?”  “Yes, one that believes in accidents” he sarcastically answered.  The entire room erupted in laughter and applause for him.  “Then let me ask you a question” I shot back. “Suppose you pull me over for speeding one day and you find a dead man’s body in the trunk of my car.  Would you let me go and not arrest me on the spot if I told you that the dead body somehow got in the trunk by chance and accident?”  My question was met by a deafening silence by everyone.  The police officer struggled tremendously to find a legitimate answer but failed miserably.  That’s when he continued;  “my assumption seems unreasonable doesn’t it?”

In the same way, it is unreasonable to propose that design does not explain the fine-tuning of the universe and the complexity of life on our planet.

​What is the Design Argument?

The Design Argument or the Teleological Argument (from Greek, ‘telos’ meaning, ‘purpose’), is an argument for the existence of God or an intelligent designer/ creator.  The teleological argument was used by St. Thomas Aquinas as one of his five ways of knowing that God exists, but the most cited statement of the argument is that of William Paley, where he likened the universe to a watch with many ordered parts working in harmony to further some purpose. Just as the complexity, order, and purpose of a watch implies intelligent design, he suggested that so too the complexity, order, and purpose of the universe implies intelligent design. The argument as he constructed it is thus an argument from analogy.   [2]

What does the Design Argument say?

1.  Every design has a designer.

2.  The universe is designed.

3.  Therefore, the universe has a designer.

Let’s examine the first premise of the argument and see if it is logically sound.

​Premise one: Every design has a designer.

No reasonable person would assume that a BMW designed and assembled itself and appeared on the show room floor of a car dealership.  No intellectually honest mind would believe that an Apple iPhone with all of its intricate parts magically designed and assembled itself, then in some way wrote its own operating software.  That is impossible.  Similarly, it’s ridiculous to postulate that the solar system, humans, plants, animals and such, with their unbelievable complexity somehow built and designed themselves and just appeared out of nowhere.

Anything  that’s designed must have a designer.  If ever challenged on this premise, ask the skeptic to present you with a single illustration of something complex designing itself… and wait!

Premise two:  Is the universe designed?

Astronomer Dr. Hugh Ross, in his book ‘The Fingerprints of God’ explains that “over seventy five parameters of the universe have been identified that must be carefully fixed in value for any kind of conceivable life (not just life as we know it) to exist at any time in the history of the universe.” [3]  Some examples are:

1. Strong nuclear force constant:  If larger, no hydrogen; nuclei essential for life would be unstable. If smaller, no elements other than hydrogen.

2.  Gravitational force constant:  If larger, stars would be too hot and would burn up quickly and unevenly. If smaller, stars would be so cool that nuclear fusion would not ignite, thus no heavy element production.

3.  Expansion rate of the universe:  If larger, no galaxy formation. If smaller, universe collapses prior to star formation.

4.  Velocity of light:  If larger: stars would be too luminous. If smaller, stars would not be luminous enough.

5.  Average distance between galaxies:  If larger, insufficient gas would be infused into our galaxy to sustain star formation for a long enough time. If smaller, the sun’s orbit would be too radically disturbed.

6.  Decay rate of the proton:  If greater, life would be exterminated by the release of radiation. If smaller, insufficient matter in the universe for life.

7.  Mass of the neutrino:  If smaller, galaxy clusters, galaxies, and stars would not form, if larger; galaxy clusters and galaxies will be too dense.

9.  Carbon dioxide level in atmosphere:  If greater, runaway greenhouse effect would develop.  If less, plants would be unable to maintain efficient photosynthesis.

11. Oxygen quantity in atmosphere: If greater, plants and hydrocarbons would burn up too easily. If less, humans and advanced animals would have too little to breathe.

12.  Jupiter distance:  If greater, too many asteroid and comet collisions on earth.  If smaller, earth’s orbit would become unstable.

13.  Volcanic activity:  If larger, advanced life would be destroyed.  If smaller, insufficient amounts of carbon dioxide and water vapor would be returned to the atmosphere.

Dr. Ross goes on to explain that “the probability for occurrence of all 75 parameters to be so precise to support life is approx. 10^99.”

The English theoretical physicist John Polkinghorne once said that  “The probability of the laws of the universe coming together by accident is parallel to a blind folded man hitting a target spot on twenty billion light years away.”  If all of this is not enough evidence for skeptics, they have to deal with the discovery of the DNA  that proves there must be a designer behind all of this.

Suppose that one day you are walking on the beach, and  suddenly,  you come across a pile of rocks spread in the sand.  You could reasonably assume that nature could have caused the rock formation.  However, what if you kept walking, and few feet away from this spot, you see a message in the sand that says “John loves Mary”, would you still assume that the waves, the crabs, or the winds wrote these letters?   Of course not. We know that language and information are complex and come from minds only. They are clear communication.  DNA structure similarly, is very complex.  3.5 billion- lettered script, informing and directing the cell’s processes.  How can one explain this sophisticated messaging and coding residing in our cells? The alphabet that makes up the DNA language consists of only four letters. They are denoted by the letters A, C, T, G. If you tend to be on the geeky side, then those letters stand for adenine, cytosine, thymine, and guanine.  These are the four makeup nucleotides that make up the strands of DNA. [4]

DNA needs to copy itself. In order to meet maximum efficiency, DNA requires the number of letters in each word to be an even number. Of all the possible mathematical combinations, scientists have discovered that the ideal number for storage and transcription has been calculated to be exactly four letters.

Here is the conundrum: atheists read thirteen letters ( John loves Mary )  and immediately assume higher intelligence.  Why do they assume chance and luck when they read 3.5 billion letters in the right order in each cell of the human body?  That’s exactly what we have in our DNA !

Bill Gates himself once said, “DNA is like a computer program, but far far more advanced than any software ever created.”

The famous militant atheist Richard Dawkins, now also agrees that there must be a mind behind the language in our DNA because it is very complex; however, he claims that aliens are the programmers.

How absurd is his claim? The question of “‘who created the aliens?” immediately follows.

Dr. Myers in his book ‘Signature in the Cell’ explains’,  “In the same way that words are ordered into sentences and sentences into paragraphs, nucleotide bases [within the DNA molecular chain] are ordered into genes and genes are ordered into specifically arranged gene clusters. He continues: “Or think of these individual genes as computer data files and groupings of genes as folders containing several files. The groupings of DNA ‘files’ that we observe serve several roles. These groupings allow the cell to make longer transcripts that are combinations of different gene messages. 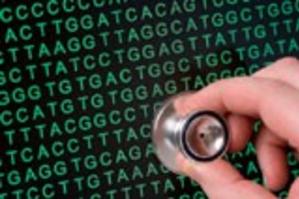 In other words, the coding modules of the gene files in a ‘folder’ can be combined in numerous ways—and in both directions—to greatly increase the number of encoded transcripts and protein products from the same genomic region or resources.

In the illustrations below, take a good look and decide for yourself if there is a designer behind the universe, or if it exists because we got lucky.  The picture on the left is the York Minster Window in England.  Thousands of man-hours were put into building this masterpiece. Intelligent minds designed, painted, detailed and assembled it.  To assume that chance and luck are the cause is beyond ridicule.  The picture on the right, well you guessed it. It’s a stunning picture of a human DNA.  No further explanation is needed.

The most reasonable answer to this question I think is God.  In my opinion, no amount of evidence is enough for any man who refuses to search for truth. For most skeptics, the problem of considering God is not intellectual…it is moral.

The apostle Paul said it best when he wrote to the Romans: “For the wrath of God is revealed from heaven against all ungodliness and unrighteousness of men, who suppress the truth in unrighteousness,  because what may be known of God is manifest in them, for God has shown it to them.  For since the creation of the world His invisible attributes are clearly seen, being understood by the things that are made, even His eternal power and Godhead, so that they are without excuse, although they knew God, they did not glorify Him as God, nor were thankful, but became futile in their thoughts, and their foolish hearts were darkened.” Romans 1:18-21 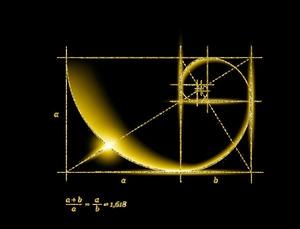 “Gravity explains the motions of the planets, but it cannot explain who sets the planets in motion.”

[1] Peter Kreeft.  Argument from Design, Fundamentals of the Faith.

[2]  Philosophy of Religion.  The Design Argument.