“Where there is love and wisdom, there is neither fear nor ignorance.” 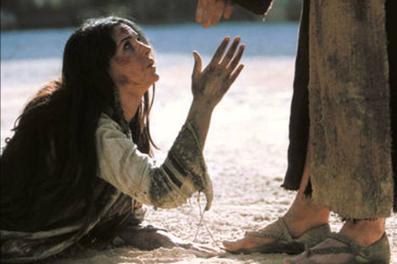 The Philosophy of Jesus

One of the most fascinating things about Jesus is the way He dealt with His critics using flawless logic and sound reasoning. His philosophy was brilliant, and His intelligence was unmatched.

Throughout the Gospels, we often read that Jesus constantly bickered with the scribes and the Pharisees over theological, religious, and other issues concerning God.

Jesus criticized the scribes, the Sadducees, and the Pharisees regularly for their wickedness, immoral lifestyle, and hypocrisy. Their hatred toward Jesus was obvious, as they eagerly plotted to arrest Him on many occasions. Those critics were mistaken into thinking that they could somehow deceive Jesus by trapping Him in theological arguments and cornering Him in situations where it would be easy for them to embarrass, condemn and then arrest Him.

However, Jesus always came out the other end victorious by giving His opponents dazzling answers to their difficult questions and left them, as well as everyone else, dazed, puzzled, and speechless.

Jesus was a brilliant thinker who used critical thinking, common sense, and most importantly, logical arguments, to illuminate the truth. He included a variety of clever reasoning strategies to refute His adversaries.

Some of these strategies included escaping the horns of a dilemma, a fortiori argument, and reductio ad absurdum.

Let me explain them in detail:

Escaping the horns of a dilemma:

Only a clever mind can weave his/her way out of a dilemma and escape it by providing a third possible option to the argument, thus, escaping the horns of a dilemma and making it a false dilemma.

In the Gospel of John 8:1-11, we read that the Pharisees and the scribes brought an adulterous woman to Jesus to test Him and see how He would respond.

“But Jesus went to the Mount of Olives. Now early in the morning He came again into the temple, and all the people came to Him; and He sat down and taught them.  Then the scribes and Pharisees brought to Him a woman caught in adultery. And when they had set her in the midst, they said to Him, “Teacher, this woman was caught in adultery, in the very act.  Now Moses, in the law, commanded us that such should be stoned. But what do You say?” This they said, testing Him, that they might have something of which to accuse Him. But Jesus stooped down and wrote on the ground with His finger, as though He did not hear. So when they continued asking Him, He raised Himself up and said to them, “He who is without sin among you, let him throw a stone at her first.”  And again He stooped down and wrote on the ground.  Then those who heard it, being convicted by their conscience, went out one by one, beginning with the oldest even to the last. And Jesus was left alone, and the woman standing in the midst.  When Jesus had raised Himself up and saw no one but the woman, He said to her, “Woman, where are those accusers of yours? Has no one condemned you?”

And Jesus said to her, “Neither do I condemn you; go and sin no more.”

Notice the fascinating detail John provides when he writes that the scribes and the Pharisees together brought the adulterous woman to Jesus. In those days, the scribes were the men whose job was to study the law and write commentaries on it. Sometimes, they were also hired to interpret legal documents.  Why did the scribes accompany the Pharisees in this story?

The Pharisees thought they were clever by bringing the scribes with them to trap Jesus and put Him in a legal predicament, in case He said something that went against the Jewish Laws. This way, it would be easy for them to ensnare and arrest Jesus for false claims or blasphemies in front of the legal experts- the scribes.

They throw the adulterous woman into the middle of the crowd to shame and denigrate her even further. Then, the testing of Jesus begins:

“What do you say we should do with this woman?” they ask.  They all knew exactly what needed to be done since the Law of Moses commanded them to stone her to death. Why then, did they ask Jesus anyway?

Again, notice that they pretend to be experts in Mosaic laws when they lecture Jesus on what Moses commanded them to do, but then, they fail miserably to bring the man who also committed the adulterous act. The laws of Moses commanded them to try not only the woman, but the man also; Where was the man, why did they bring the woman only if they knew so much about the Laws of Moses?

They only brought the woman because their intention wasn’t to pursue justice or to follow the law, but only to test Jesus and trap Him.

They proceeded with their question because they thought they were presenting Jesus with the horns of a dilemma. They knew that Jesus was being put in a tough situation because, no matter what answer He gave them it would not be satisfactory.

If Jesus had forgiven the adulterous woman, they could have easily accused Jesus of abandoning the laws of Moses. If Jesus had agreed that she should be stoned to death, He would have been going against the Roman authorities (since the Jews did not have the authority to put anyone to death). Either way, Jesus was facing the horns of a dilemma, but He escaped it brilliantly.

The answer Jesus gave them, “whoever amongst you is without a sin let him cast the first stone” absolutely stunned them and forced every one of them to voluntarily vacate the scene.

Jesus escaped the horns of this dilemma by giving them a third option, thus nullifying the only two available options they provided. His answer forced everyone to look deep into their own hearts and see how wicked they were to instantly condemn the adulterous woman-another sinner without even considering their own sins. Isn’t that what we all do?

When everyone condemned the adulterous woman and looked down upon her as though she were filth, Jesus looked at her, and with amazing love and dazzling wisdom, assured her that God forgives even the worst of the worst….something we must learn to do!

A fortiori (Latin: “from the stronger”) arguments are a powerful line of reasoning since the opponent already accepts a similar conclusion with even less evidence.

The argument is explained this way:

2. Support for idea B (which is relevantly similar to idea A) is even stronger than that of idea A.

3. Therefore, if idea A must be accepted, then so must be idea B, because it has greater evidence.

In John 7:21-24 we read: “Jesus answered and said to them, “I did one work, and you all marvel. Moses therefore, gave you circumcision (not that it is from Moses, but from the fathers), and you circumcise a man on the Sabbath.  If a man receives circumcision on the Sabbath, so that the Law of Moses should not be broken, are you angry with Me because I made a man completely well on the Sabbath?  Do not judge according to appearance, but judge with righteous judgment.”

This is another amazing argument that Jesus hits his critics with. He uses an a fortiori argument in this way:

1. The Pharisees endorse circumcision, even when it is done on the Sabbath, the day of rest from work. (Circumcision was performed eight days after the birth of a male, which sometimes fell on the seventh day of the week, the Sabbath.) This does not violate the Sabbath laws, because it is an act of goodness.

2. Healing the whole person is even more important and beneficial than circumcision, which affects only one aspect of the male.

In this argument, Jesus demonstrates his wittiness by exposing the hypocrisy of the Jews who valued the lesser, and devalued the higher.

How could they complain that a human being was freed because it was done on the Sabbath, when they themselves freed lesser beings, animals, on the Sabbath?

The argument takes one or more ideas and demonstrates that they lead to an absurd or contradictory conclusion. It basically says that if something is supposed to be true, but leads to a contradiction or absurdity, then it cannot be true.

The basic idea of the reductio ad absurdum is that if one can show that a belief leads to an obvious absurdity, then the belief is false.

In Matthew 12:25-27 we are told about the time when the Pharisees accused Jesus of performing miracles by the power of Satan.

In this example, Jesus demonstrates that the His critics’ argument is contradictory. Why? Jesus explains it simply by giving the analogy of a divided kingdom when He says that “every kingdom divided against itself will not stand.”

Then, Jesus puts the nail in the coffin and buries the Pharisees’ argument when He asks them: “If I am driving out demons by the power of Satan, how is it possible for Satan to drive out his own demons, because this would mean that Satan’s kingdom is divided, which will eventually fall?”

Jesus wanted to point out to the Pharisees that they were being hypocritical. The Pharisees believed that some Jewish religious leaders casted out demons by God’s power. If those Jewish exorcists were able to use God’s power to expel demons, why couldn’t Jesus?

The way Jesus used logic, reasoning, and common sense to deliver his message and refute His opponents’ arguments, is exactly what we all need to learn from. He was always blunt, direct, and to the point. However, at the same time, He was always loving and compassionate.

The critics were offended not by Jesus, but by the truth of what He said. Today, the majority of people don’t like to hear anything that goes against their views or beliefs, even if they know what they are hearing is the truth. We humans are so wicked, and we are getting better at it by the day. We live in a time when people will shun you for telling the truth and praise you for suppressing it. Today, truth is mocked and ridiculed, but wickedness is applauded and celebrated.

We no longer use logic, reasoning, or common sense to guide us through our daily lives. We are no longer capable of listening to opposing views and ideas because they offend us. Instead of having a healthy back and forth conversation, we attack, demean, and shut down anyone that even dares to propose something we don’t want to hear.

Our truths are illusory because they are based on feelings and emotions, which in turn are derived from self-interpreted experiences that we think are truths.

I guarantee you that if Jesus were to come back to earth again tomorrow as a man, and preach the same message of truth He preached two thousand years ago, this time, it would take us only three weeks to crucify Him, and not three years!

“If you lack knowledge, go to school. If you lack wisdom, get on your knees. Knowledge is not wisdom. Wisdom is the proper use of knowledge.”