“The greatest enemy to knowledge is not ignorance – it is the illusion of knowledge.” 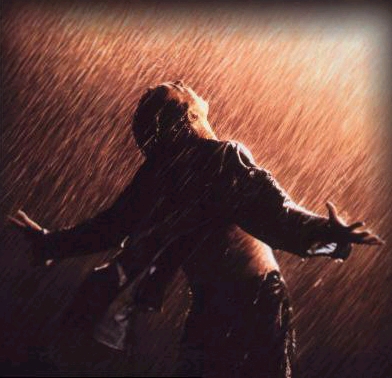 On one very cold, rainy, night, a furious, angry farmer from Iowa, named Lester, stood in the middle of his flooded corn field, looked up to the sky, shook his fist at God, and exploded in anger: “GOD, I AM TIRED…. I am tired of this difficult life. I am tired of you and of all these problems I am having. I can’t take it anymore. Why are you doing this to me? Where are you?”

Suddenly, a loud, thunderous voice was heard from the sky: ““LESTER, LESTER…what is it that you want?”

Frightened and confused, Lester nervously looked around searching for the source of the loud voice and then asked: “Who is this?”

“I AM God” the voice replied.

“God? Is this really you?” Lester asked.

“YES, Lester, I AM,” God answered. “Now what seems to be the problem? What do you need?”

“I can’t see you, where are you?” Lester probed.

“You can’t see me, but you can hear me. Tell me, what is bothering you?” God questioned.

Petrified, Lester looked around the dark corn field once more, looked back at the dark sky and challenged: “How do I know it’s you? Prove it to me. For all I know, you could be a drunkard hiding somewhere behind the corn plants hoaxing me.”

Lester thought for a few seconds, and then raged: “IF YOU ARE REALLY GOD, AND YOU KNOW EVERYTHING, THEN FIX MY PROBLEMS, FIX THEM, NOW!!!!!”

With a calm, gentle voice, God consoled him: “LESTER, I AM an everlasting God of wisdom, not a genie in a bottle that obeys commands from humans.”

Lester opened his arms and fumed: “YOU AIN’T NO GOD OF WISDOM. YOU ARE WEAK AND INEPT. YOU ALLOW ALL THIS EVIL IN THIS WORLD YET YOU SIT DOWN, WATCH, AND DO NOTHING. YOU DON’T LIFT A FINGER TO HELP ANYONE. YOU ARE APATHETIC, HATEFUL, AND PASSIVE. GO, DISSAPEAR, I DON’T WANT TO TALK TO YOU. YOU TOOK EVERYTHING FROM ME. YOU DESTROYED MY LIFE. I HATE YOU!!! YOU ARE POWERLESS, POWERLESS!!!”

As Lester loudly expressed these harsh words, he fell down on his knees and wept uncontrollably. Instantly, violent lightenings struck one after another and roaring thunders were heard from the clouds, and it appeared as if, just like Lester, the heavens also were shedding tears!

Moments later, Lester got back on his feet, wiped the tears off his wet face, and then…

God loudly and suddenly interrupted: “LESTER, LESTER. I have a proposal for you.”

Lester stopped in his tracks, looked up to the clouds and listened.

“For a whole week, starting tomorrow morning, I will give you powers similar to mine. You will have the ability to do anything and change everything. For an entire week, I will allow you to play God while I step aside and watch. So, go fix all of your problems as you see fit. Make the world a better place as you wish. You have my infinite powers to do whatever you want. Remember, however, you must report back to me here seven days from now at exactly midnight and give me a detailed report on how you used your newly acquired super natural powers.”

Nothing made Lester happier than God’s proposal, as he immediately became joyful and euphoric: “HA! You will see what I will do. You will see how I will change the world into a better place and make everyone happy. I will show you how it is done. I WILL CHANGE THE WORLD FOR THE BETTER!” Lester taunted God as he wiped his tears off his face.

In a hurry, Lester ran to his house barely able to compose himself, knowing that in a few short hours, he would be as powerful as God, having the ability to change the world instantaneously.

With these thoughts, he fell into a deep sleep…

One week later, Lester walked to the middle of the same corn field exactly at midnight to meet God as agreed.

All of a sudden, a thunderous voice was heard from the clouds: “LESTER, LESTER, glad to see you again.”

Lester was so dejected and dispirited, that he didn’t even look up.

“LESTER, what is the matter? What troubles you?” God questioned.

Lester stared at the wet ground not daring to lift his head up to face God, as if he were mourning. Out of nowhere, a white dove flew and landed on Lester’s shoulder as God’s thunderous voice was heard simultaneously: “LESTER, LESTER, tell me son, what happened?”

Lester composed himself and grieved: “Lord, I am sorry. I failed!”

Lester lifted his head up, looked at the clouds, and reported: “When you and I finished talking last week, I ran home in a hurry. I was so excited that I couldn’t contain myself. I spent the entire night planning how I would use my new powers. Eventually, I got tired and fell into a deep asleep. Sadly, I over slept and woke up late the next morning to the sound of loud yelling and screaming outside. I glanced out the window for a second and saw chaos everywhere. It appeared as though there were a revolution taking place. People were beating each other, looters were robbing stores, escaped prisoners were attacking the police, rapists were chasing women, some gang members were smashing store front windows, while others were setting houses and cars on fire. My own neighborhood looked like a war zone. I didn’t know what was going on, so I turned on the TV to check the news, but the electricity had been cut. Still in my pajamas, I rushed down stairs in a panic to check things out, but I was beaten, kicked, and chased. I sprinted back up the stairs, locked the door, and quickly got dressed. Then, all of a sudden, I started hearing noises, cries, and voices similar to prayers that were coming from afar…I listened more carefully and heard a woman cry out to you to help her heal her sick husband. I remembered my new powers that I had gotten from you. So, I closed my eyes and focused my power to grant the poor woman her wish, and then heard another man in distress beg you to help save his family who had been caught in a car crash. My thought shifted from the woman to the man just like that. When I tried to help them both, I heard the weeping of orphans in Haiti, Mali, and other places. My heart was shredded into pieces when I realized that those poor children were crying their eyes out because of extreme hunger. Enraged and saddened by what I heard, I immediately sent them food to eat when, out of nowhere, I heard the screams of a man in need of help followed by the prayers of another drug addict begging you to help him come clean. Prayers, screams, and appeals were coming from all over the world by the millions, non-stop. I didn’t know which person to help first. I was overwhelmed as requests for help flooded my brain. What was most challenging to me was when people were praying for things without having a clue about what they actually wanted. Many of them prayed for more money when they already had enough of it. Some prayed for a bigger house when they already had a roof over their heads. Others wanted the fancier car when various other methods of transportation were available to them. These people were praying for meaningless, unnecessary things. They had no clue what they were asking for.  In all honesty, Lord, the most difficult aspect of this entire experience was when I eventually realized that as someone who possessed your powers, I also had to chastise those who did wrong to others and trespassed against you. The problem was that many of these people were some of the closest and dearest to me. I so badly wanted to help my son, a drug abuser, who was at the same time stealing money from me to buy his drugs. My best friend was cheating his customers by knowingly selling them deluded cow milk to generate more money to pay his dying wife’s hospital bills. A single mother across the street from me was engaging in shameful acts to feed her five young children. I honestly didn’t know whether to help these people or punish them. The entire ordeal was agonizing and excruciating.

At last, things became crystal clear. I took a deep look at myself also, and realized that, like everyone else, I too, in one way or another, am just like these people. A week ago I screamed and complained to you about how bad and awful my life is when in reality, I am blessed and more fortunate than most of the people whose earnest prayers I have heard. My flooded corn field problem is nothing in comparison to the earthquake that hit a faraway country three days ago and killed thousands. My son’s drug addiction is far less troublesome than the widow’s across town who lost her three sons in a plane crash last week. My struggling business is much more successful than that large, financial institution outside of the city that laid off 514 employees for bankruptcy. I am baffled, Lord. I do not comprehend how you can be God day in and day out, listen to humans complain, nag, and whine, and still keep your sanity and composure. I tried it for only a few days and failed miserably. By the third day of the week-long proposal, my head was spinning and I was unable to think clearly.  Seriously Lord, how do you do it? How do you find the right balance between answering the prayers of billions of people, yet at the same time, disciplining them? How do you express love and mercy, and then also judge them justly? How do you not get tired and weary of constantly listening to countless prayers and complaints from people ALL DAY LONG?”

The white dove that had landed on Lester’s shoulder earlier, fluttered its wings and flew away. Midway through the air, the dove turned into consuming flames of fire, and then disappeared…

“If God would concede me His power for 24 hours, you would see how many changes I would make in the world. But if He gave me His wisdom too, I would leave things as they are.”