“Two things are infinite: the universe and human stupidity; and I’m not sure about the universe” 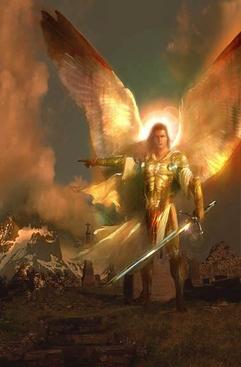 One day, God summoned Kleppy, one of His young angels, to go to earth in disguise, spend one whole month with humans, and come back with a full, written, detailed report on everything he saw and heard.

The callow angel gladly obliged and immediately departed. After only one week, Kleppy speedily and anxiously fluttered back to God and gloomily reported: “I am well aware that You have commissioned me to stay a whole month on earth, but allow me to explain why my task wasn’t accomplished.”

“Toda Raba Lecha” the angel replied, and then continued: “I stand before You to regretfully inform You that those humans You very much love have become the vilest and most destructive of all creatures. In many ways, they are more pugnacious and hostile than the most terrifying beasts You have ever created. They engage in acts that put demons to shame!

The moment I arrived on earth, I was in a place called the ‘Middle East’, where tribal, ethnic, regional, religious, and other groups, fight each other daily for power and control. There, almost every nation is unstable, depleted, weary, and on the verge of collapse. Millions are displaced, hungry, and starved. They have been fighting and killing each other for thousands of years, and it seems as if, the situation is getting worse by the day. Everywhere I went, I wasn’t welcomed at all for reasons I do not understand. The Jews rejected me because they thought I was a Christian. The Christians discredited me because they thought I was a Muslim. Then, the Muslims chased me away because they thought I was a Jew. I couldn’t spread my wings fast enough to fly out of there.

My next visit was to a dry, scorching, sandy terrain called Africa. The region is blessed with gold, diamonds, oil, iron, and many more valuable natural resources, yet its inhabitants are among the world’s poorest. The rulers of these nations are wealthy, evil, blood thirsty tyrants who feed on the blood of their own citizens. They are ruthless dictators who mercilessly murder their own people by the millions to stay in power. The elite live in lavish mansions and opulent estates, while the vast majority of the people reside in stone huts, are extremely poor and can barely afford to eat. One morning, while I was touring the local market, I met some individuals who are known around the world as “the scammers”.  Three men asked me for money and tried to swindle me by telling me that “God will send His angel to protect me”. When I told them who I was, they wanted to pluck my wings and sell the feathers to the locals for profit. When I refused, they called me ‘ibliisku’ (satan), then chased me and tried to kill me. So I escaped…

I flew away as fast as I could, and landed in the area where the inhabitants are called the Europeans. They have a dark, painful, heartbreaking history. Over the years, millions of people have perished because of several major wars and conflicts they were involved in. However, I must admit, the surroundings are absolutely magnificent! I was marveled by the number of massive churches and gigantic cathedrals here and there that are mostly vacant and desolate. The majority of them no longer believe in You and are proud of it. Atheists, they call themselves. They believe that they are the free thinkers and the enlightened ones. They mock and ridicule anyone who believes in You and call them ‘people of blind faith’, yet ironically, they are the ones who actually believe that ‘nothing’ somehow created ‘everything’, and call their faith ‘science’!

At one point, I introduced myself to some English academic men and told them that You have sent me. Initially, they hysterically chuckled and scorned me, but then, we had an interesting discussion. In the end, I neither grasped what they babbled nor understood their bizarre accents.

In a hurry, I moved from there to the East to an area nearby where the locals worship and believe in millions of idols they call gods. One evening, for almost two hours, I tried to have a reasonable, heart-to-heart dialogue with one of their gods, but I heard nothing back at all, as if, I were conversing with myself. The god I was talking to seemed dead and frozen. It stared at me the entire time without once blinking or taking a single breath. I even tickled it a few times but it didn’t move! Ironically, the residents there worship these gods and also believe in a ‘worldly force’ that determines the outcome of events in their lives. I do not know the name of that force and neither do they.

These gods I speak of, some are made of stones and rocks, and some are made of wood and clay. I recall an incident when one Saturday, the local monks were furious with me because I questioned the origin of the materials their gods are made from. They were livid, and told me that I was ‘no longer welcomed in their realm’.

Being disappointed and feeling weary, I decided to find a different territory; so, I soared toward the land of the free and the home of the brave, as they call it. What an interesting, unique, distinctive place. Multitudes from different nations, races, backgrounds and colors flock there to better their lives. The vast majority of the residents are very patriotic, sincere, generous and forgiving. It appears that originally, the nation was founded on Your principles. Today, however, they have turned their backs on You and are no longer ‘one nation under God’. There is no ‘equal justice for all’ anymore. Just ask their crooked leaders and corrupt politicians.

The majority of their people live their lives just as Satan’s children. Their society is in decay, and a moral collapse is eating away at the foundations like gangrene. They celebrate sin, murder the unborn, engage in immoral deeds on a daily basis and call these acts ‘freedom of choice’. Their citizens are much divided against each other and oddly enough, many of them are confused and uncertain whether they are male or female. Do they not look at themselves unclothed in the mirror?

Their youth are an absolute disaster, a ticking time bomb waiting to explode in the near future. They proudly call themselves ‘the millennials’.  They are a new breed of godless, faithless, immoral, apathetic, arrogant, ignorant, lethargic, droopy, lazy, entitled, selfish, self-absorbed, apathetic, stoic, incompetent, inept, uninformed, clueless and brainless clusters of flesh and bones who will soon govern the nation. They are a foolish generation that does not know how to count, speak, think or communicate. Their greatest challenge in life is to decipher the difference between ‘it’s’ and ‘its’, ‘their’ and ‘there’, ‘then’ and ‘than’, ‘weather and ‘whether’. Almost none of them can locate their republic on a map. Many of them called me a homophobe and a bigot when I criticized their sinful lifestyles. They accused me of being insensitive and intolerant, then asked me to leave. They told me that they ‘do not seek the truth because they truthfully believe that there is no truth, except for the truth that there is no truth’.

Heartbroken and sad, I decided to go and visit those who believe in You, “the Christians” as they are called. Many of them are genuine, bonafide, honest people who truly seek You. Many more, however, are counterfeit, phony, and Christians in name only. Those are the charlatans, the hypocrites, the two-faced fake believers, who live double lives. On one hand, they claim that they love You and know Your Son Jesus. On the other hand, they stand for homosexuality and support it. They celebrate sin and are very proud of it. They say that they believe Your Word in its entirety and consider it the ultimate standard of truth, but they are then infuriated when they are told that there aren’t many paths to God, and that Jesus is the only way to Heaven.

They attend church services on Sundays and sing worship songs louder than anyone else, but then go home and engage in immoral, sexual acts with partners they are not wedded to, and justify these disgusting, wicked acts by saying that “God wants them to have sex outside of marriage because He loves them.” You commanded them to show humility, tolerance, and forgiveness; yet they are arrogant, intolerant and vindictive. One group of Christians even asked me to exit their church and never return because I told them that God cares neither for denominations nor rituals. ‘ABSURD’ they shouted!

Everywhere I went, I was hated, chased, unwelcomed and unwanted. One week on earth felt like a week in Hell. That’s when I decided to cut my task short and speed back to Heaven to inform You that humans are self-destructing and in need of urgent help. Although they differ in age, sex, language, and color, deep inside, they are all alike. They are evil, wicked, unhinged, and borderline mad. The entire population of earth suffers from a new worldwide epidemic called ‘selfies’. Using an odd, tiny, device, they repeatedly acquire portraits of their faces, over and over again, ALL DAY LONG, to remind themselves of what they look like in the event they forget.

With a commanding voice, God spoke: “Take this sealed scroll and return to earth immediately. Once you arrive there, assemble all the people of earth together and tell them that I have a message for them.  Remember, do not open the scroll until you arrive there.”

In a timid voice, the angel asked: “What message do You have for them?”