“The depravity of man is at once the most empirically verifiable reality, but at the same time the most intellectually resisted fact.” 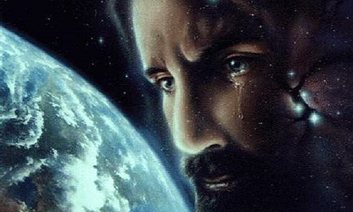 A few days ago, while I was catching up on world news and events, I couldn’t help but notice that everything I was reading was doom and gloom, as if the entire globe resembled a sad, pathetic, horror movie with an inevitable and expected terminal, tragic ending.

A friend of mine who is a news reporter once told me that their motto at work was always “whatever bleeds, leads!”  In other words, terror attacks, tragedies, shootings, financial collapse, and scandals always get top headlines because people are naturally driven to pay attention to this kind of news, since it could personally affect them.

Like many of you, I also know that most, if not all of the news agencies (specifically the dishonest, nefarious, corrupt liberal media, especially here in the U.S.), exaggerate their reporting and purposely falsify and alter most of their facts, data, statistics, and material for higher ratings and financial or personal gain (just look at the recent U.S. presidential election).

However, this does not negate the fact that the entire world is full of violence and terror. Why is the entire world in such disarray? Why is there so much evil and suffering everywhere? The entire world is quickly edging closer to a self-caused catastrophic calamity. In my opinion, it’s not a matter of if; it’s a matter of when! Anyway, after I got done reading the depressing world news, I suddenly had this thought that I want to share with you.

Envision for a second God looking down on earth at all of us… can you imagine what He sees? Can you picture His reaction when He observes the best of His creation behaving worse than wild animals?

Can you conceptualize what goes through God’s mind when He watches humans, who are supposedly the most intelligent of all creatures, behave in such unintelligent and moronic fashion?

Suppose that God looked down on us today, what do you think He would see?

I submit to you that God sees a unique, blue planet that’s dazzling and striking on the outside, but decayed and crumbling on the inside.  He sees a world where wickedness and depravity outweigh nobility and virtue.  He sees humanity overshadowed by hatred, greed, and corruption, rather than charity, gratuity, and purity. He sees mankind greatly advanced intellectually and technologically, but bankrupt morally and spiritually. He sees numerous nations publicly herald peace and prosperity, but secretly race to arm themselves with mass destructive weaponry to exterminate each other. He sees the powerful world leaders unanimously steam-roll to fight for and secure their self-interest by defending the oil-rich nations from any harm, but linger and stroll along to defend and care for the poverty-stricken and starved nations.  He sees people boldly encourage ungodly, heinous, and wicked principles, but mock and discourage faith and the fundamentals of absolute truth.  He sees the entire planet unstable, the globe on the brink of an apocalyptic world war, masses extremely hostile to one another, societies ethically rotten, and families broken to the core. He sees billions upon billions abandon him and His commandments, follow false gods and false idols, then adhere to imbecilic man-made rules. He sees millions of moral and physical violations committed every hour by men and women; some of them are routine, and some of them spontaneous reactions to the selfish whims of the moment.  He sees countless, unborn babies being aborted and butchered daily, and so many others who are born out of wedlock. He sees some type of chaos, disarray, madness, depravity, and moral darkness in every alley and corner of the earth.  What he sees gives Him nothing but a heartache, and brings tears down from his eyes…

Truthfully, I am shocked and puzzled that God has not annihilated this vile, decadent, villainous world yet.  I am flabbergasted that despite what God sees when He looks down on us, he still chooses to exercise patience and mercy.

Imagine: He creates a world and gives its inhabitants total freedom of will so they can live in harmony with each other as totally free, created beings, and not as moist robots.  However, what is the first thing people do with their free will? They chose to trespass, rebel against God, and then harm one another.

Have you noticed that humans reject God, and never willingly look for Him, because they have the freedom to do so? God is the one who chases after us. We always go astray; He is always faithfully waiting for us to come back, no matter how long we have been away.

In all honesty, I am appalled that God has not incinerated the globe yet.  For thousands of years, man has rebelled against Him, committed genocides, exterminated one another, worshiped creation instead of the creator, acted in ways that put demons to shame, yet God has kept silent and refused to act.

God is a spirit; He does not possess physical body parts. If He did, His eyes would have run out of tears by now over His creation.

The frightening fact is that God will NOT be silent forever. He has demonstrated this in the past. He will discipline evil at the proper time, as He sees fit. Although He is infinitely loving, He is also infinitely just, which means He must punish sin because He cannot ignore misdeeds and immorality, otherwise, He would not be infinitely just. The question is, when will he pour out His wrath?

As repulsive and evil as all of us are, none of us are worthy of mercy and forgiveness. Put yourself in God’s shoes for a moment. How would you react if your loved ones repeatedly offended, pained, overstepped, and faulted you? I guarantee you that you would not keep silent for a long time. Most of us instantly delete one another from our friend’s list on Facebook just because we disagree with them over different issues!

Jesus perfectly described man’s heart when He said: “There is nothing that enters a man from outside which can defile him; but the things which come out of him; those are the things that defile a man. If anyone has ears to hear, let him hear. What comes out of a man that defiles a man, for from within, out of the heart of men, proceed evil thoughts, adulteries, fornications, murders,  thefts, covetousness, wickedness, deceit, lewdness, an evil eye, blasphemy, pride, foolishness.  All these evil things come from within and defile a man.”

I know some of you will disagree with me and point out that not all people are bad, because there are some good people who give to the homeless, feed the hungry, help the needy, etc.

I understand your view, but remember that those “good” acts you speak of are NOT the standard of goodness that God demands. Those people who help the needy also lie and lust. Those people who feed the hungry also curse and fornicate. Those standards of goodness you speak of are man-made standards that are worldly and not Godly. God demands 100% holiness, just like His Son Jesus.

Just because many people do good things, does not mean that they are good. There is no such thing as “good people.” No one is inherently good….just ask God!

God doesn’t spare us because we are good; God spares us because He is good.

For those of you who are big on the “goodness of man,” can you name a single sinless person?

For those of you who deny the very existence of sin, can you name a single person that hasn’t lied, lusted, fornicated, hated, or cursed? For those of you who deny that lies, lust, fornication, hatred, and cursing are immoral deeds, can you tell me why you are offended when these acts are committed against you? If they are not immoral, why then, would you be offended?

Finally, I will close with this: We humans are ill, all of us have a disease called sin. God realizes the wickedness that’s all over the earth.  He well knows how depraved all nations have become. He promises chastisement and discipline for sin and wickedness, but he also promises forgiveness and restoration for those who are willing to change course and repent.

The world can do one simple thing to avoid God’s judgment, and that’s to hearken to His words: “If my people, which are called by my name, shall humble themselves, and pray, and seek my face, and turn from their wicked ways; then will I hear from heaven, and will forgive their sin, and will heal their land.”

Always remember, God will not shed His tears forever!

“When everyone is moving towards depravity, no one seems to be moving, but if someone stops he shows up the others who are rushing on, by acting as a fixed point.”